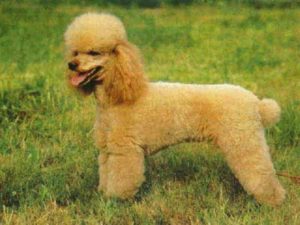 Poodle (Caniche French breed). It is not known exactly when and how did the poodle. Most likely, this breed of dogs was bred in France based setter bearded Barbe, with whom the poodle have a lot in common. The poodle is a cheerful and lively dog, extremely agile, very intelligent, with keen and watchful eye, always expressing joy to its owner. Poodles have a remarkable ability to learn a variety of tricks, they willingly accept in a circus troupe. Characteristic for the breed’s END_OF_DOCUMENT_TOKEN_TO_BE_REPLACED