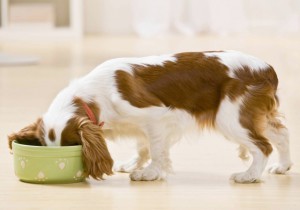 Pets have become victims of barbaric persecution in Birobidzhan 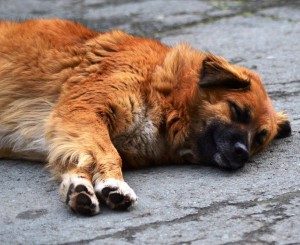 According to pet owners, the following objects of the actions of the unknown wrestlers with stray cats and dogs will have children

Birobidzhan, February 28, EAOMedia. Frequent cases of poisoning of domestic animals from the poisons with which unidentified persons are fighting with stray animals in Birobidzhan, frightened pet owners. Citizens concerned about the safety of children who may suffer from poisoning, their mental health, since the death of Pets is on the front of the children, as well as the inaction of the municipal authorities and law enforcement agencies.

In all, more cases of poisoning of dogs, every day we receives information about new cases. Today, this area of DSM, Hill yesterday, previously the centre of the city. Poisoned dogs and Pets that walk on the leash, so the poison scattered in the yards where our children walk. Today, a child was walking her puppy, and when I came home, the puppy for 10 minutes died in terrible agony right in front of the child.

The police are on their way to a call, accept statement, but outnobody conversations “not for publication” that it is useless, to wait for the results is not worth it. And they themselves are doing to get results? No operational activities, no inspections of dead bodies, no forensics, no witness interviews, no nothing. This is the level of our Russian police? Maybe we’re all in cahoots?

Utilities should control the population of stray animals. But instead of a real job, instead create municipal service contract with the entrepreneur of Khabarovsk, the representatives of which are here on short visits and became famous for the whole DV to the fact that they have more on paper. Paper decorated beautifully, the money someone receives, and zhivotinok corny bullied. Everybody knows that the staff housing under the guise of deratization regularly poisoned cats in the basement, probably just came out of the basements. There were cases when such employees are waved in front of the old paper with printing, resolution put the stuff down. Yes and the pattern is clearly visible too – are unable to enter into a contract for the capture – series of poisonings, especially where the signals received at the city hall. “Maniacs-knacker” (as a COP) don’t work, so has lost all conscience system.

The head of transport, highways and improvement of the city of Birobidzhan disowned from participation in the persecution allowed.

“Such actions cannot be considered lawful. Authorized organization for catching Pets is forbidden to use poisonous bait. Not as accusing employees of public utilities. To basements without the knowledge of management companies is just impossible to get. Perhaps, the aggravation of the situation – a seasonal phenomenon. Poisonous snowdrops can be one of the reasons. At the time, was a planned rodent control, dead rodents got out into open territory where they were the prey animals. In each case, you must consult with the health Department, has there been on this stretch of works on deratization, what tools were used. We cannot exclude the activities of doghunters,” — said the head of the Department of natural resources and environmental protection Andrei Popov.

Meanwhile, the geography of the cases, when the victims of pesticide poisoning are Pets, is growing. Reports of such facts are received from different districts of the city.

Social networks have ignited the debate, the activists society for the protection of animals offer to send an open letter to the Governor of the region.

According to them, the municipal authorities withdrew from the solution of this problem and the constant shifting of responsibility from the level of the municipality for the control of the company and in the reverse order does not allow to take effective action against those who by their actions poses a threat to people and Pets.

The situation stirs the lack of action by law enforcement.

“We have to document everything, write a statement to bring a witness… what else? Catch and bring to court? We have people in uniform and the uniforms just get paid to or actually protect the law?”, — outraged citizens.

Who has a cat, he can not be afraid of loneliness.The cat was described as the most perfect predator, as the embodiment of physical beauty as an ideal for the animal world example of combination of mental and physical qualities.…